Stella Mavroeidi was born in Athens, Greece on June 6th 1985. Between 1996 and 2004 she attended the preparatory course of the National School of Dance of Athens (KSOT). She graduated from the high school of Papagos (Athens) in 2004. On the same year, she participated in the voluntary team of dancers that performed in the opening and closing ceremony of the Olympic Games in Athens.

During the years 2009-2011 she followed the preparatory course of Rallou-Manou professional dance school (recognized by the Greek Ministry of Culture). After being accepted for the full study programme, she graduated in 2014.
While on her dance studies, she also studied and graduated from the department of Environmental and Pollution Control Engineering of the Technological Educational Institute of Applied Sciences of Western Macedonia.

As a performer, within the last 7 years she has danced in pieces choreographed by Aliki Kazouri, Vicky Vlassi, Christiana Stefanou, Natasa Avra and Quo Vadis Dance Company, in which she is a lead dancer and choreographer. With those pieces, she has participated/appeared in Michael Cacoyannis Foundation, ArtSpace “14th Day”, conservatory of Chania (Crete), Rabbithole theater and the municipal theater of Piraeus.

Moreover, she has participated as choreographer and dancer in the festival of the Greek Choreographers Union (MCF), in Rabbitlab (Athens 2018), Open Doors festival (Athens 2018, co-organized by the Municipal Theater of Piraeus and The Athens Concert Hall) and in the 9th Athens Video Dance Project, hosted by the Athens School of Fine Arts.

Her latest performance was with “Adspectus” in the 1st International Dance Encounter Amman (IDEA Festival), hosted by Studio8 at Al- Shams Theater and at The National Gallery of Amman for Fine Arts. During the past 4 years, she has also been teaching classic ballet, contemporary dance and musicokinetic education in dance schools recognized by the Ministry of Culture in ages starting from 3 years old up to adult groups. 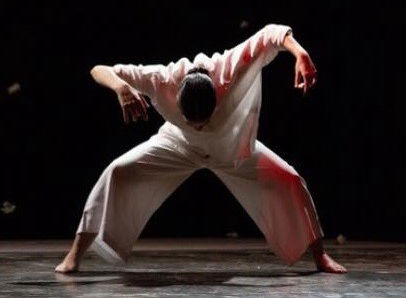