Quo Vadis dance company is creating "Adspectus", inspired by the mentality, the manipulation of space and the overall aesthetics of the famous graphic artist Maurits Cornelis Escher. Drawing elements from numerous of his creations, It reflects on the development of his perception through years.

When looking at the artwork of M.C. Escher, the observer constantly goes back and forth between the real and the imaginary, the possible and the impossible. He manages to break all human bonds and limitations in relevance to their perspective and projection in the familiar three‐dimensional space-time continuum. 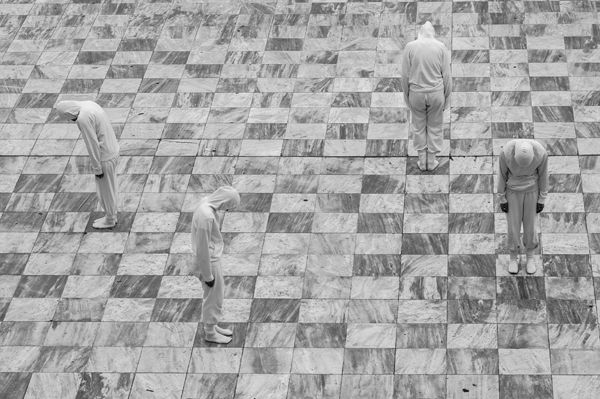 White figures sneak through the black stage and his faceless creatures come to life. The movement becomes limited by restrictions for the human body and space, allowing dancers to move through the minimum degrees of freedom.

The constant flow and succession of the routines, hypnotizes the audience, which eventually loses track of time. The performers manage to bend the continuum out of his understanding by tuning in seemingly endless loops that lead to constant inevitable transitions and transformations.

The interplay between perspective and dimensions is enhanced by geometrical installations that are part of the choreography all along the piece.

The viewer is called to take the role of the tenacious observer in order to complement and integrate the acts that take place before his eyes.

Moreover, it was presented in the company’s first appearance abroad in IDEA Festival, the 1st international Dance and Performing Arts Festival in Amman, Jordan in August 2019. 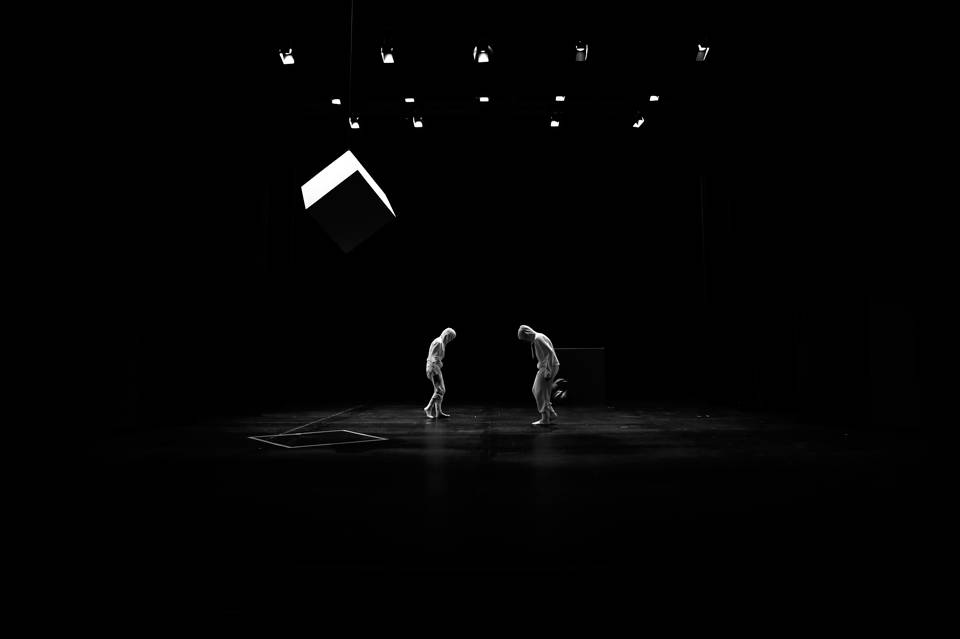 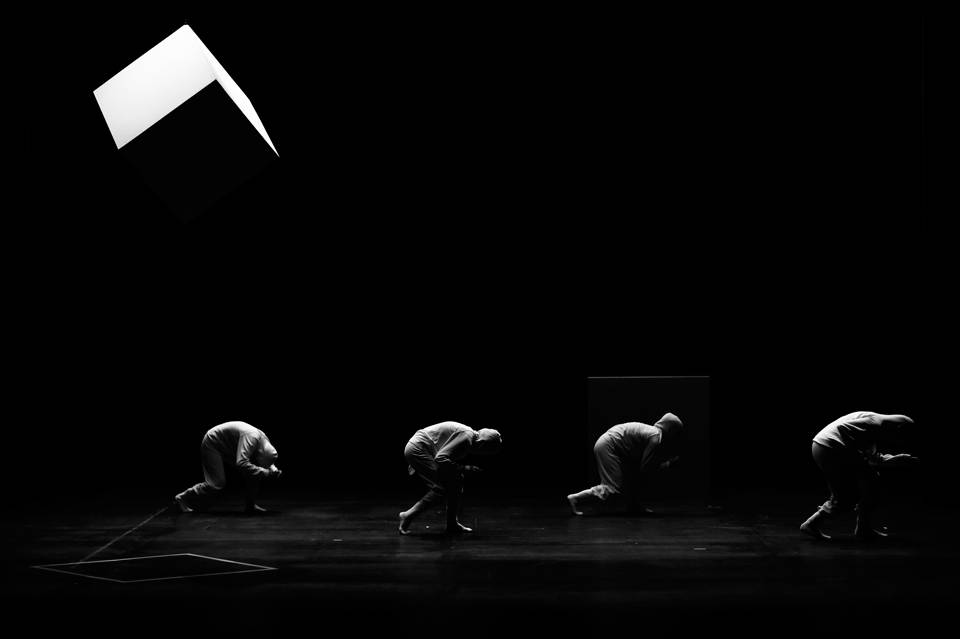 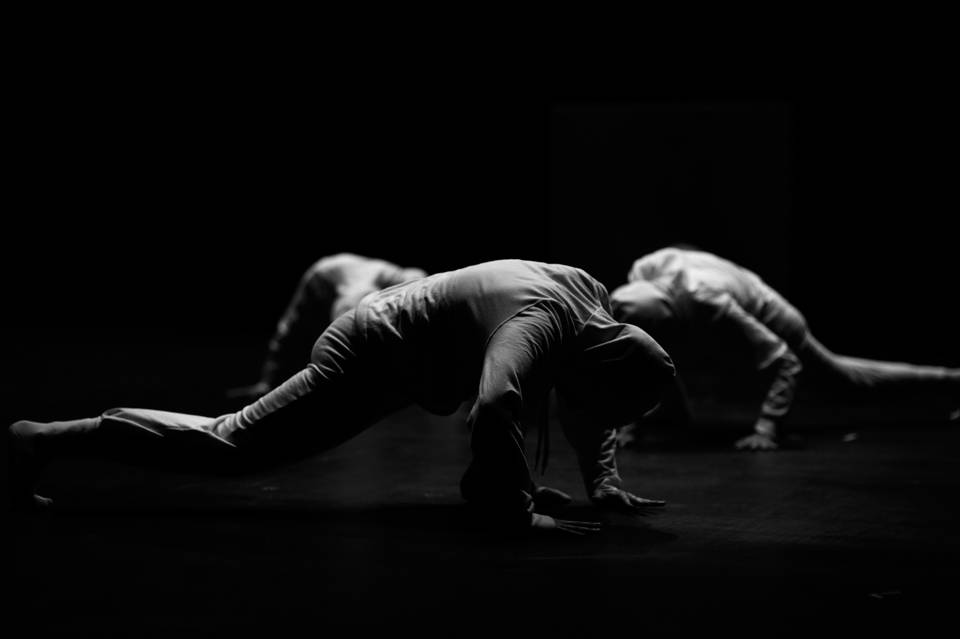 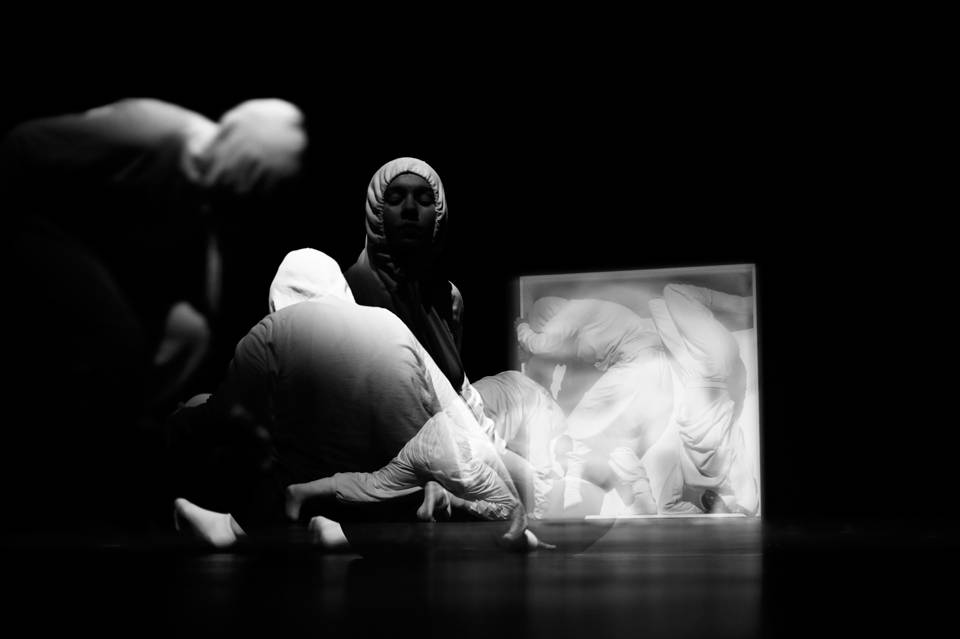 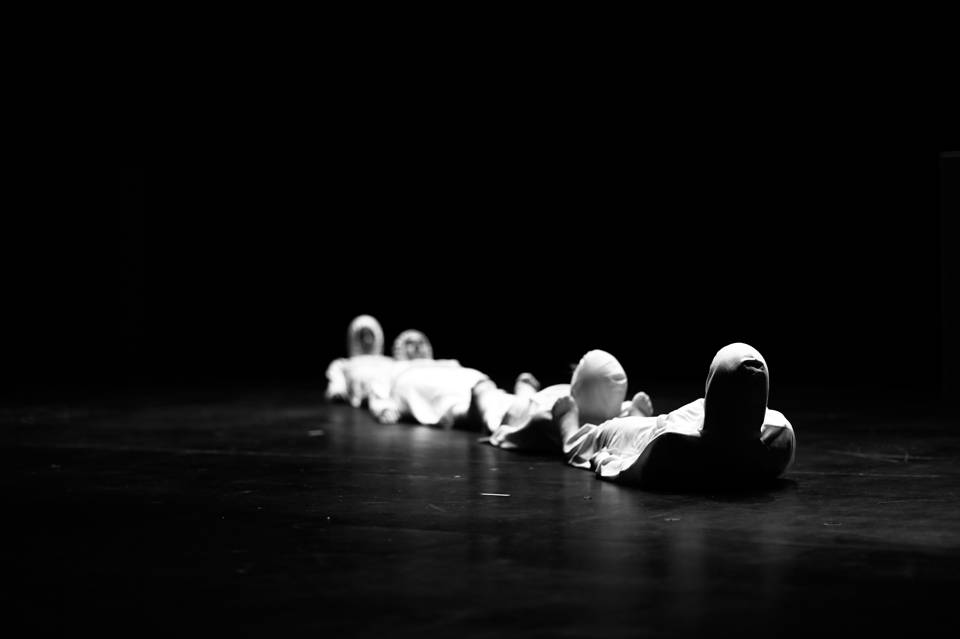 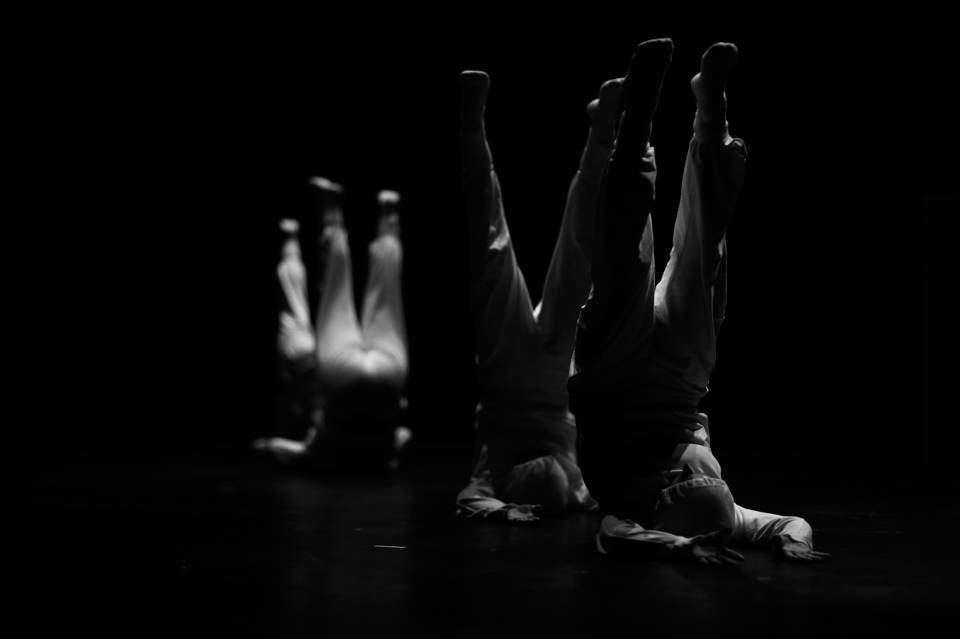 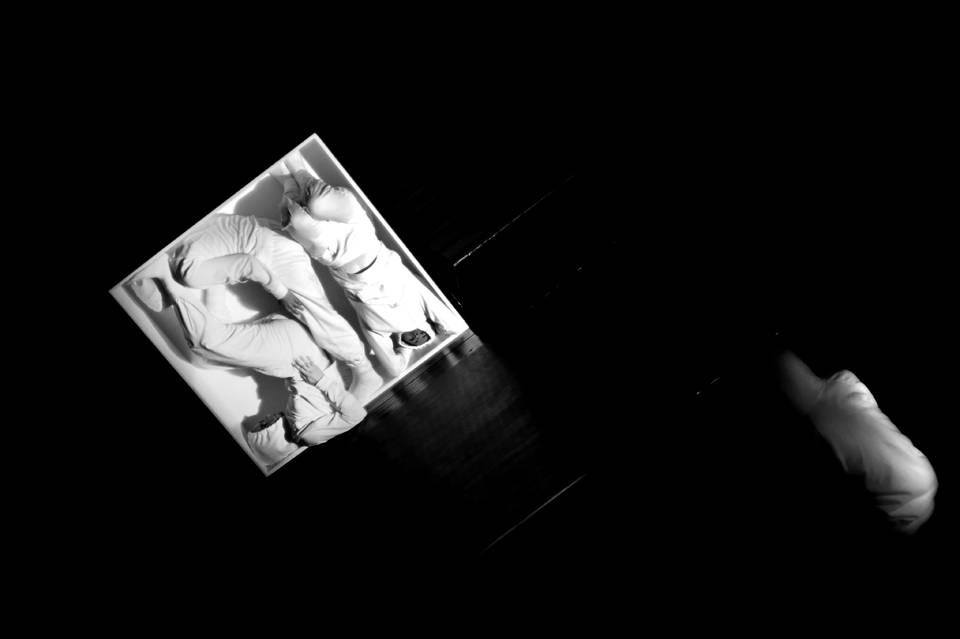 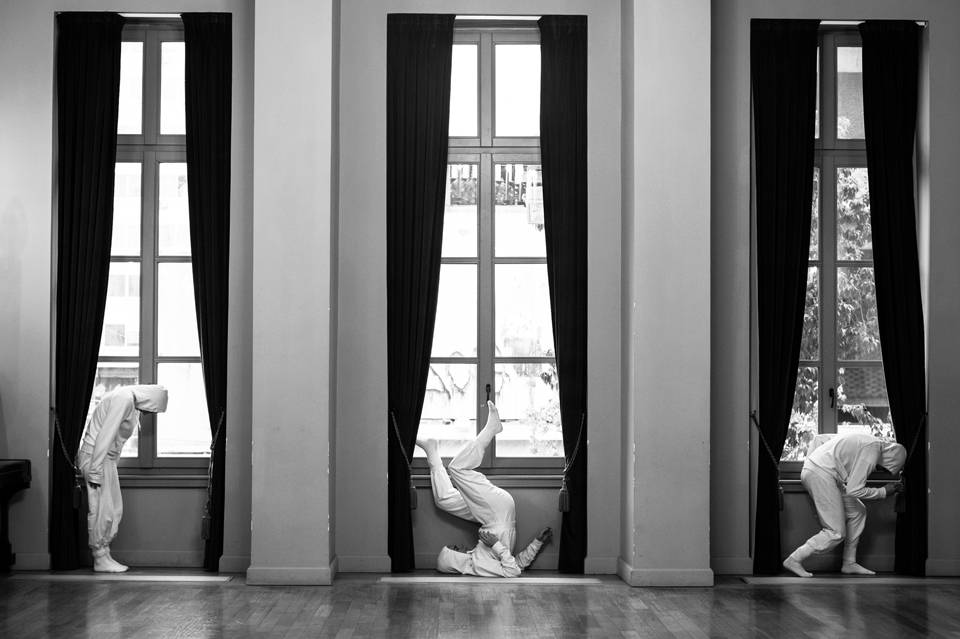 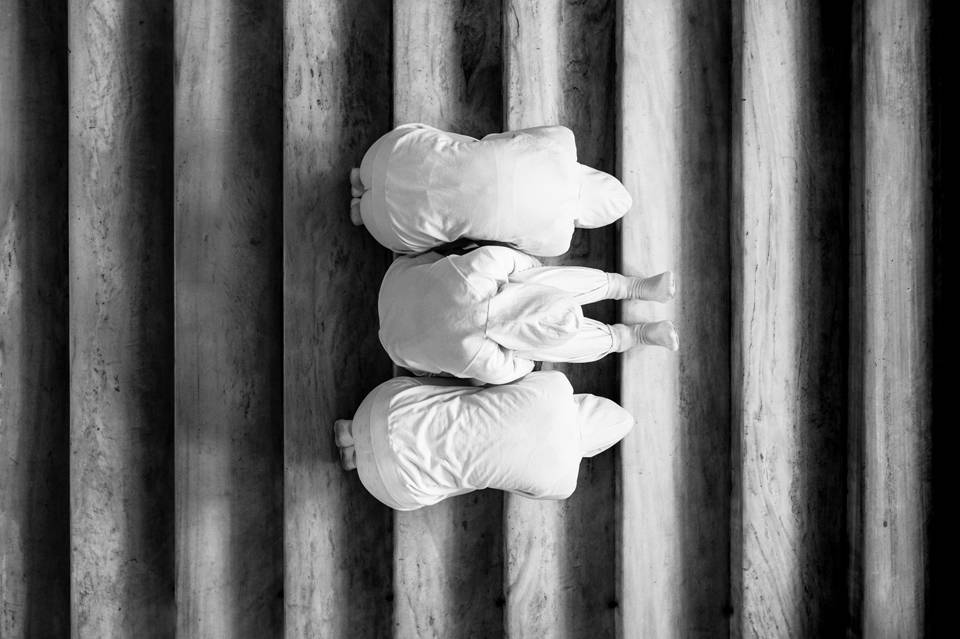 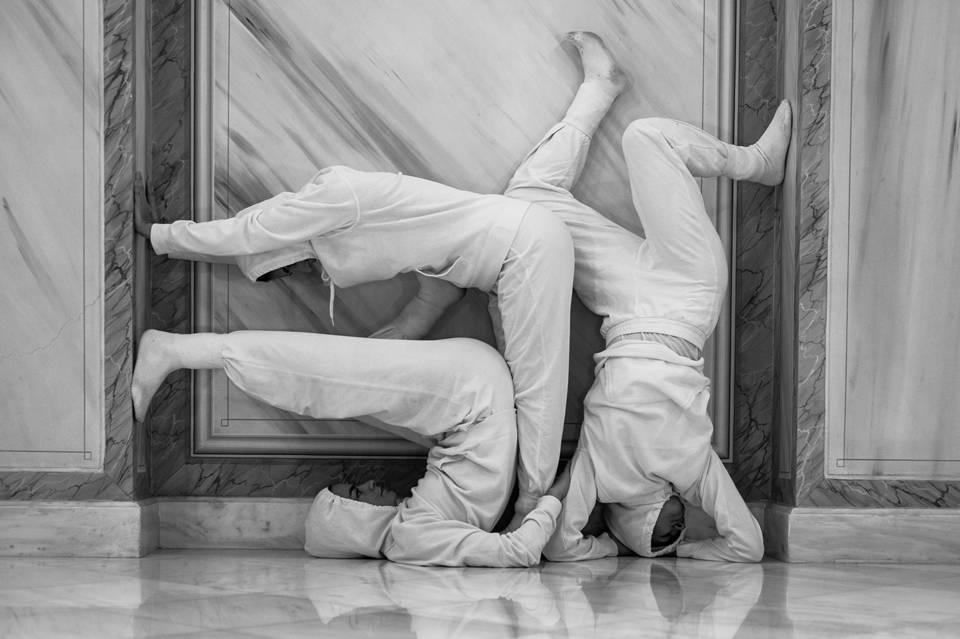 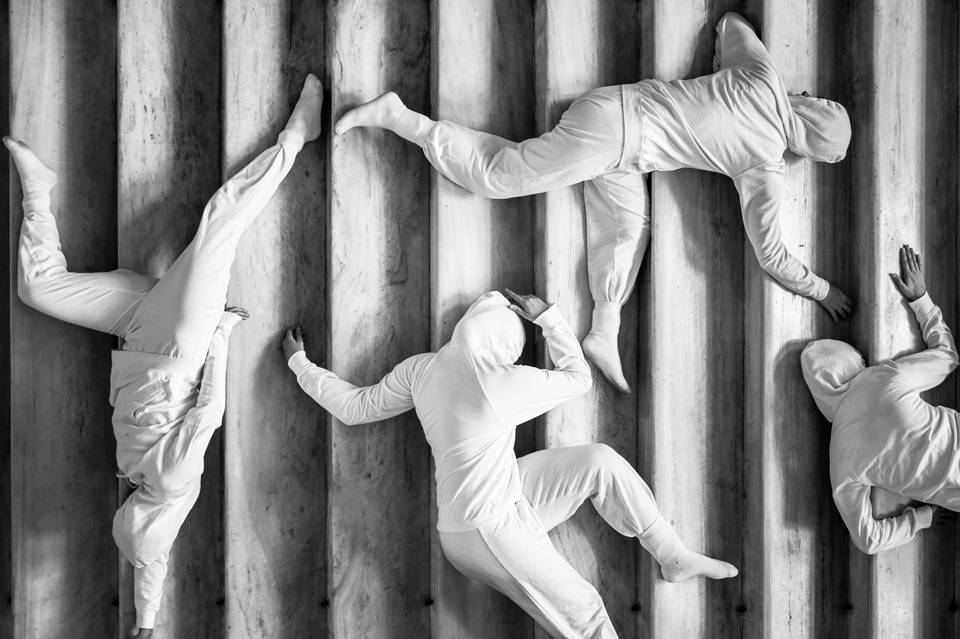 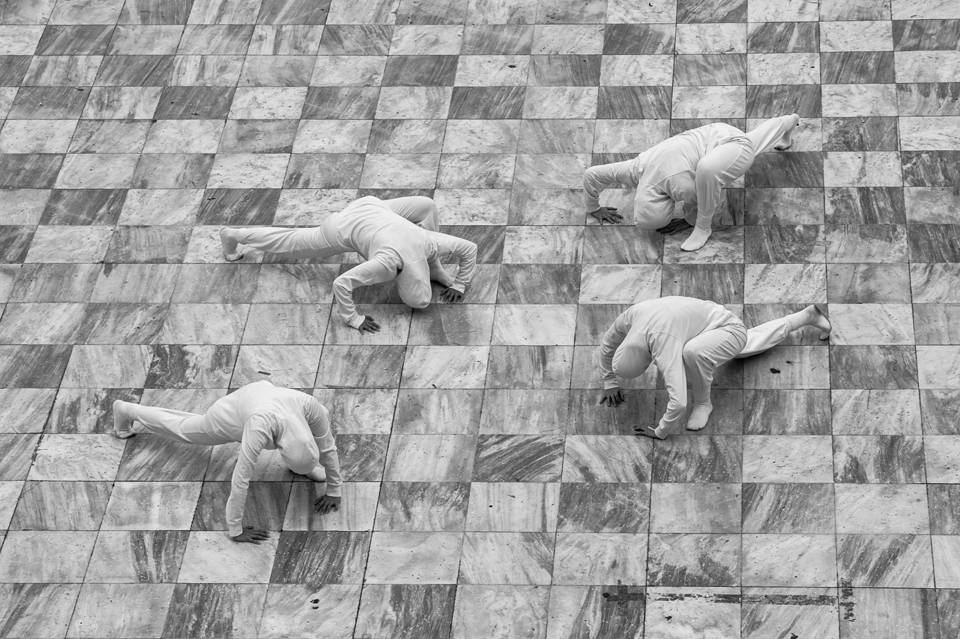